Full Version: Mega Man Zero DYK
You're currently viewing a stripped down version of our content. View the full version with proper formatting.
Just some things abour Mega Man Zero that I haven't seen said yet.

■In the original Mega Man Zero, when it was planned to be released after Mega Man X5, the villain was supposed to be the original X, not Copy X. This was changed because of Mega Man X6's release one year earlier changed the continuity of the story.

■In Mega Man Zero 3, before Zero battles with Omega Zero, the latter shouts a Japanese line, "Ware wa meshia nari!" This translates to "I am the Messiah!" Omega Zero uses the same line before the player finds and fight him in Mega Man ZX. This fortifies the fact that many of the characters in the Zero series referred to Omega as "The God of Destruction." This can be assumed as what Zero himself is intended to be in the first place, had he not removed his destructive programming.

■Throughout the series, they classify Zero as a reploid. This is incorrect as a Reploid is the robotic designs based off of Mega Man X. Dr. Wily created Zero around the same point as Dr. Light created Mega Man X, which would not technically be a reploid.

■The Robot Master from Mega Man 9, Splash Woman, bears a striking resemblance to Leviathan. Splash Woman has a mermaid-like body that is close to Leviathan's Armed Phenomenon, and the weapon she wields being a trident is somewhat close to the halberd/lance Leviathan has. Their color schemes are also similar. It is also worth noting that Inti-Creates who worked on the Mega Man Zero series also worked on Mega Man 9.

■In Mega Man Zero 2, during the cutscene in the Temple of Wind, when Elpizo dashes away after triggering Harpuia's Armed Phenomenon form, a one appears behind his foot and a two appears under his head. This does not appear in the Mega Man Zero Collection. [attachment=193]

■It's revealed in the Mega Man Zero Official Complete Works that the name Harpuia in "Sage Harpuia" was originally meant to be the name of his swords, not his actual name.

■Harpuia bears a resemblance to Tornado Man, a Robot Master from Mega Man 9: both have green-colored armor with wing-shaped extensions on their helmets. Also, both have the ability to fly during battle and use wind-based attacks.

■Fefnir shares some similarities to Bass from the original Mega Man series. Both have a similar dash maneuver, a multi-directional weapon, marks under their eyes, an aggressive temperament, and a love of combat.

...looks oddly similar to this: 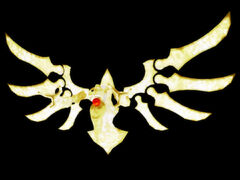 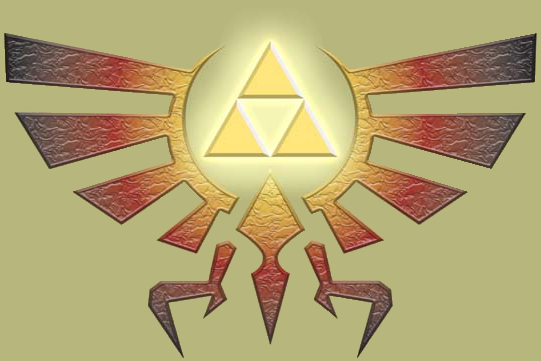 ...looks oddly similar to this:


I think that it's just a stylistic representation of wings. A lot of logos have them (and countries for that matter).
Reference URL's