MyBB Internal: One or more warnings occured. Please contact your administrator for assistance.
Did You Know Gaming? Forums - Japan refers to Xbox 360 games as "Western Dogsh*t"

Full Version: Japan refers to Xbox 360 games as "Western Dogsh*t"
You're currently viewing a stripped down version of our content. View the full version with proper formatting.
http://www.ign.com/articles/2011/08/23/e...an-so-what

Basically the article I linked above tells of how the Xbox 360 struggles badly in Japan to maintain a market, up until the point where a little over a year ago they discontinued the sale of Xbox 360's in Japan permanently. Many believe its downfall to be the lack of exclusives-but mostly due to the console being made by Americans for Americans. When Activision boss Bobby Kotick visited Tokyo, he was delighted to see a bin of Activision games under a huge sign. When he promptly asked the the translator what it said he politely exclaimed "Western Dogshit" much to his dismay. The official quote from the article said this; Michael Pachter, the well-known analyst, tells a funny story about this one time when Activision boss Bobby Kotick visited Tokyo. "Bobby walked into a games store and he was delighted to see a big pile of Activision games, underneath a huge sign," retells Pachter. "He asked what the sign said. An interpreter politely translated - 'Western Dogshit'."

So that's apparently what Japan thinks about our games and consoles, pretty nice and funny tidbit of info to know about. 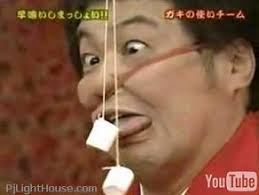 NEVER DOUBT THEM
I think the perfect way someone described it to me was that western games in general in Japan are looked upon the same way most Japanese "Not Nintendo" games are looked upon here. Kind of niche, but still finding their way into the homes of more hardcore gamers over there. The original Xbox sold horribly in Japan because it was the most detached system for Japanese tastes. They tried this generation with the 360 by making both timed and regular exclusives of JRPGs on the system. It didn't work so well when Sony ended up getting most of those same games with better features than the original, making most of the 360 system purchases a waste for their market. Look up Tales of Vesperia if you want to see some angry-fanboy hilarity.

As for the western made games though, the tides are changing. More Japanese game developers, even Square-Enix among them, have tried more to hook a western audience than their own, as more western games have started to sell better not only in their native format, but also in Japan.
I would've been pretty saddened by such xenophobia of Japan (which still exists) but when I heard about Bobby "[expletive deleted]" Kotick seeing a pile of Activision games labelled as Western Dogshit I couldn't help but laugh. Where else would you put them?

Well... I'm from 'merica and I think the Xbawx is a worthless pile of dogshit.
I WIN Wow, so the Japanese are even bigger nationalists than I thought. Would it kill them to buy American every once in a while?
Reference URL's