MyBB Internal: One or more warnings occured. Please contact your administrator for assistance.
Did You Know Gaming? Forums - The Music thread

Full Version: The Music thread
You're currently viewing a stripped down version of our content. View the full version with proper formatting.
Pages: 1 2 3 4 5 6 7 8

I did, and I freaking love it. So much better than Audio Secrecy.


Haven't listened to them? What should I check out of theirs(Some of their best)?

I'll actually post about 1 or 2 songs from each album. They only have 4 albums out, so it's not that bad. Some of them are soft, most are heavy. The 2 really soft ones are Bother and The Travelers Song Part 1. Through Glass is half-soft, half-heavy (it picks up, that's why). I LOVE Corey Taylor and he's one of the reasons why I listen to Slipknot (his 2nd band, WAY MORE heavier than Stone Sour).

First 2 from their first, self-titled album

The next 2 are from their 2nd album, Come What(ever) May

The next 2 are from their 3rd album, Audio Secrecy

@A Zombie Riot
Damn thanks. I just realised I favourited one of their songs after hearing them from a YouTube advert. Didn't realise it was them. Will listen to your list, spanks.
The drummer is godlike.
Their drummer is awesome.
You're welcome and good luck!
Figured I'd put up all my favorite soft songs.

Atreyu: Lead Sails (And A Paper Anchor) [The last two minutes of this video are complete silence but it's the only one with good quality.]

Chevelle: Glimpse of the Con

Red: Hymn For The Missing

Rise Against: Swing Life Away

Well it seems I've found myself a new band to listen to, and this is my favorite song so far.

Same! I'm in on that now. Thanks


This thread restores my faith in humanity

Such a good song

I'm ashamed I haven't heard this before. Such a beautiful song. I would consider it better than the original(in terms of music which perfectly capture the emotion of the lyrics) Gets me wet eyed everytime.

Don't really care much music video but this was pretty good song and video.


How could I forget to mention this awesome song on here for so long?


I freaking love Sixx:A.M.!
Music is totally depends on mode i like many singers as Adele, Britney, Rihana are my favorite solo singers but i also love and enjoy akcent. Bands are more than a solo as we find a versatility of different peoples. Listening music is a great entertainment also we can relax our mind by listen good song.
THIS IS EVERYTHING YOU NEED TO KNOW ABOUT THE MUSIC I LISTEN TO:
Favorite Groups:
1. Fleet Foxes
2. Death Grips
3. BADBADNOTGOOD
4. Battles
5. The Beatles (Mainly because I grew up listening to them)

Favorite Live Performance:
Gorillaz (It was a tough choice)

Genres I Want to Get Into:
Drone Metal
Hardcore Punk

I do not know many bands, but if I ever like one, I'll grow attached to it. My favorites:


Paramore (Hayley's voice is just plain eargasmic for me =/)


Avril Lavigne (although I don't listen to her new music, the early 2000's ones were just amazing)


I barely listen to my country's music because it simply sucks. It seriously does. However, my parents used to play some of their favorite bands for me as a kid, and I still love this one:

Implying some of those aren't pop artists 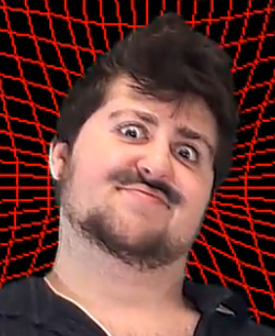